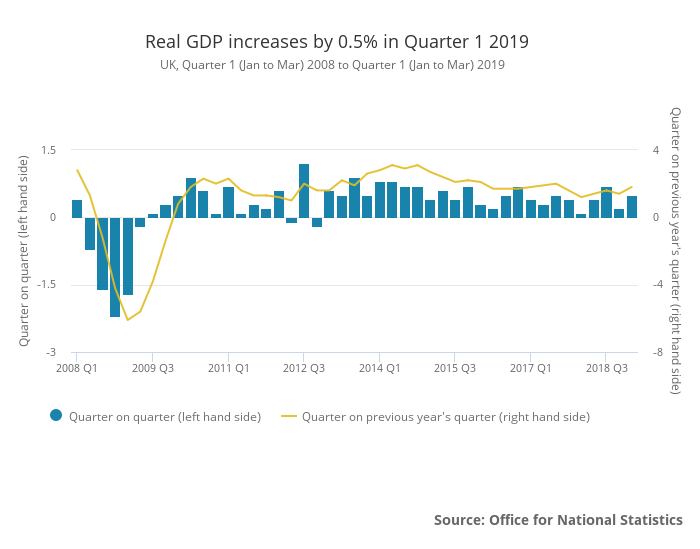 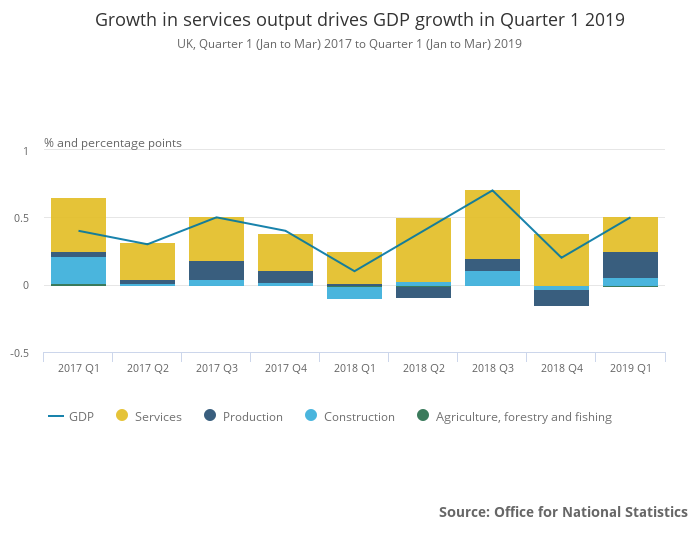 The trade deficit widened to 3.4% of nominal GDP in Q1 2019.Export volume growth was flat, while import volumes increased by 6.8%, resulting in net trade being a significant drag on GDP growth in the quarter. 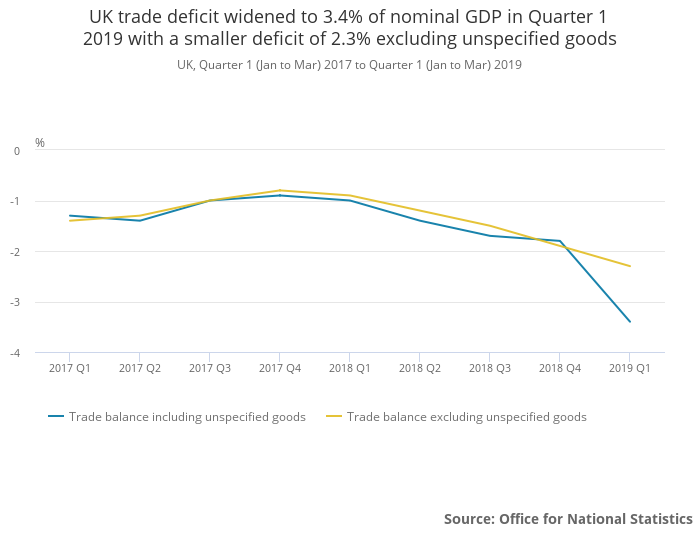 Trade in goods exports grew by 4.5% in Q1 2019, reflecting increases in machinery and transport equipment and miscellaneous manufactures, while trade in services exports fell by an offsetting 5.0% due to falls in telecommunications, computer and information technology, intellectual property and other business services. The rise in imports reflects a 11.0% increase in trade in goods imports, partially offset by a 4.4% fall in trade in services imports.