Will the United Kingdom exit the European Union on the scheduled date of the 29th of March? Highly unlikely irrespective of how Parliament votes on the deal on the table.

Payment Protection Insurance or PPI was designed to cover loan or credit card repayments for a year (in most cases) in the event of an accident, long term sickness or unemployment. By design it was a good product but a number of cases of mis-selling were highlighted. For instance, self-employed couldn’t claim on it (in most cases) but were still sold the policy.

Additionally, it was also reported that the terms and conditions in some instances were widely restrictive.

In 2011, the High Court rejected a judicial review brought by the British Bankers’ Association or BBA against the Financial Services Authority (FSA). It meant banks would need to look at mis-selling of PPI products and compensate customers where there was evidence of mis-selling.

Then in 2014, another High Court ruling held that one customer Susan Plevin was treated unfairly because she wasn’t told about the large amount of commission (around 72%) taken from her PPI payment – and ruled that this can be used as a new reason to claim for compensation. It meant that if over 50% of a PPI policy cost went as commission to a bank or a lender and wasn’t clearly explained or evidenced then policy holders were due compensation.

The current regulator, the Financial Conduct Authority (FCA) has put in place a deadline for making a claim which is 29 August 2019. It is being widely advertised through different channels. 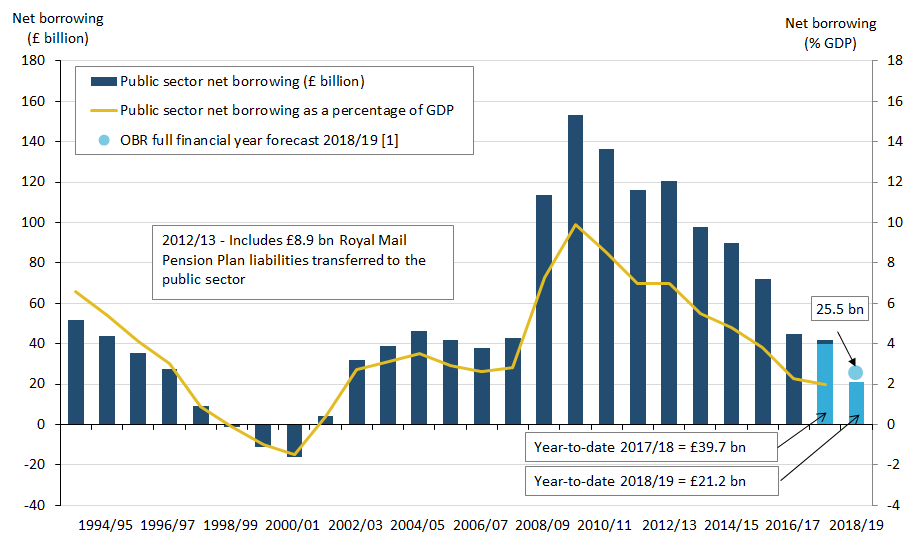 This change has no impact on the overall level of government debt. This is because debt is a cash measure so is unaffected by whether the money being paid out is classified as a loan or spending. However, this change will increase the government’s budget deficit, to ensure it properly reflects the true picture of government spending because student loan debt write-offs that would have taken place. At least 40 years of a fiscal deficit (the last surplus was in 2001) …

(Read more: The UK just changed the way they account for student loans which means the UK will likely have a fiscal deficit at least until the 2040s)

The Japan – EU (somewhat free) trade deal means there is little incentive for Japanese companies (particularly automobile) to manufacture anything in Europe. Nissan has confirmed that the new X-Trail originally planned for its Sunderland plant will instead be made in Japan. Honda is set to close its Swindon car plant in 2022, with the loss of about 3,500 jobs.

The EU is fighting against Diesel vehicles, impacting the entire sector but the bigger issue is that the EU and Japan currently have balanced trade (which means neither has a big surplus) but the new trade deal would tilt things heavily in favour of Japanese automobile manufacturers (most of whom are based in the UK) making vehicles in Japan and French Cheese manufacturers. Irrespective of Brexit, the EU – Japan trade deal is a bad deal for the UK.