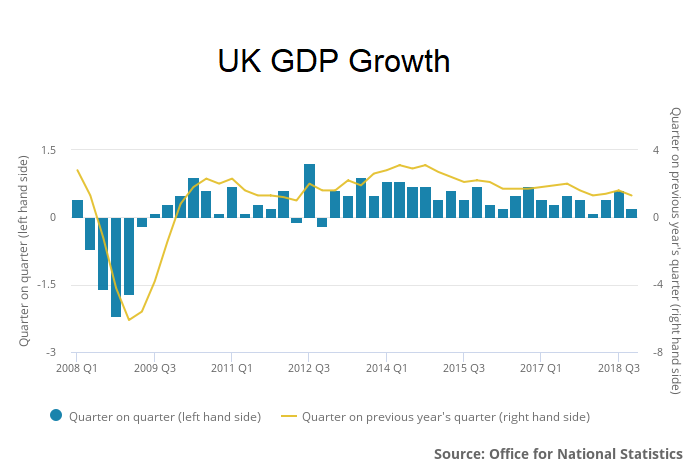 ·       In the output approach to measuring GDP, growth in the quarter was driven by professional, scientific, administration and support services within the services sector, while production and construction both contributed negatively to GDP growth. 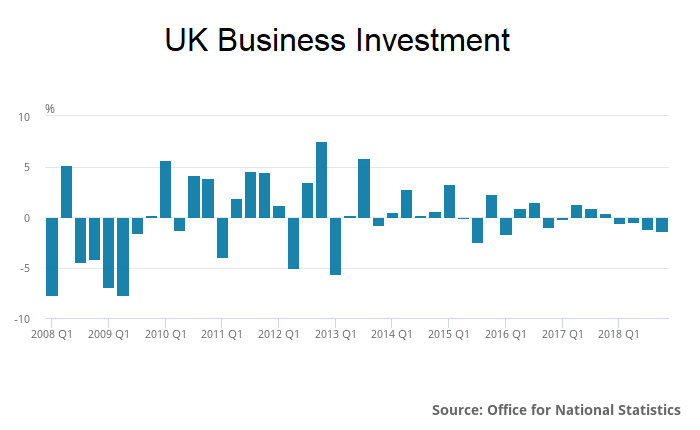 UK Q3 2018 GDP increased by 0.6% (growing 3 times quicker than the Eurozone and at the fastest pace since 2016) but business investment fell