Here are insights into the spending habits of UK households by region and type of spending based on living costs and food survey of the Office for National Statistics. 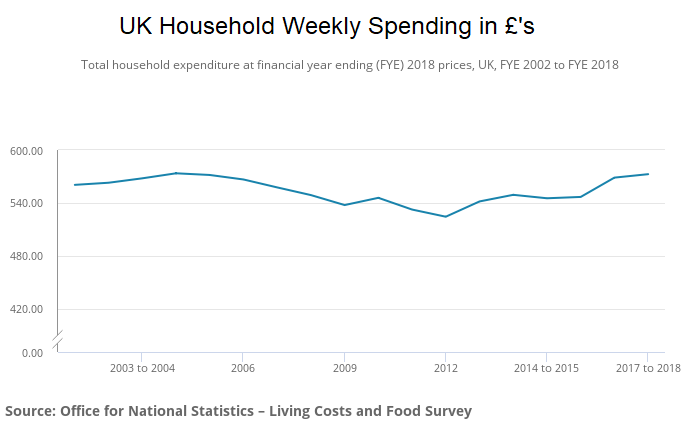 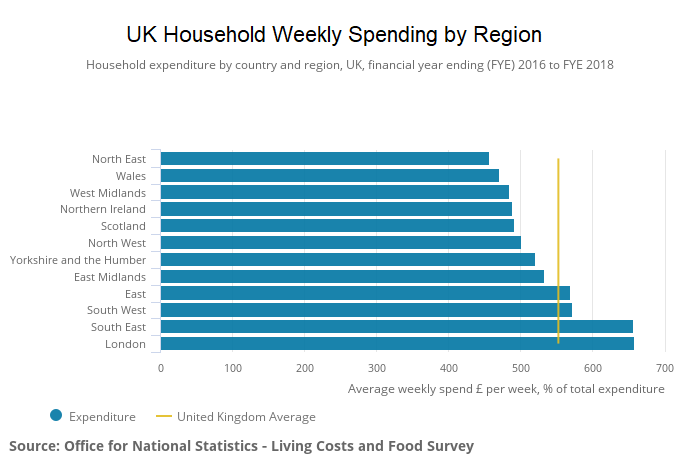 ·       Average weekly household spending was the highest in London and the South East (over £650), whilst spending in the North East was the lowest, approximately £200 less.

·       Following on from England, the second-highest spending UK constituent country was Scotland. Scottish households spent an average of £492.20 a week in FYE 2016 to FYE 2018. Whilst the top spending category for households in Scotland was recreation and culture, they spent a similar amount (£68.20 a week, 14% of total expenditure) on transport.

·       Households’ in Northern Ireland spent an average of £488.50 a week in FYE 2016 to FYE 2018. Northern Ireland was the only country of the UK that had food and non-alcoholic drinks in its top three spending categories.

·       Households’ in Wales had the lowest average weekly spending out of the four UK constituent countries for FYE 2016 to FYE 2018. Here, average weekly household spending was £470.40; this was £81.50 less than the UK average for this three-year time period. 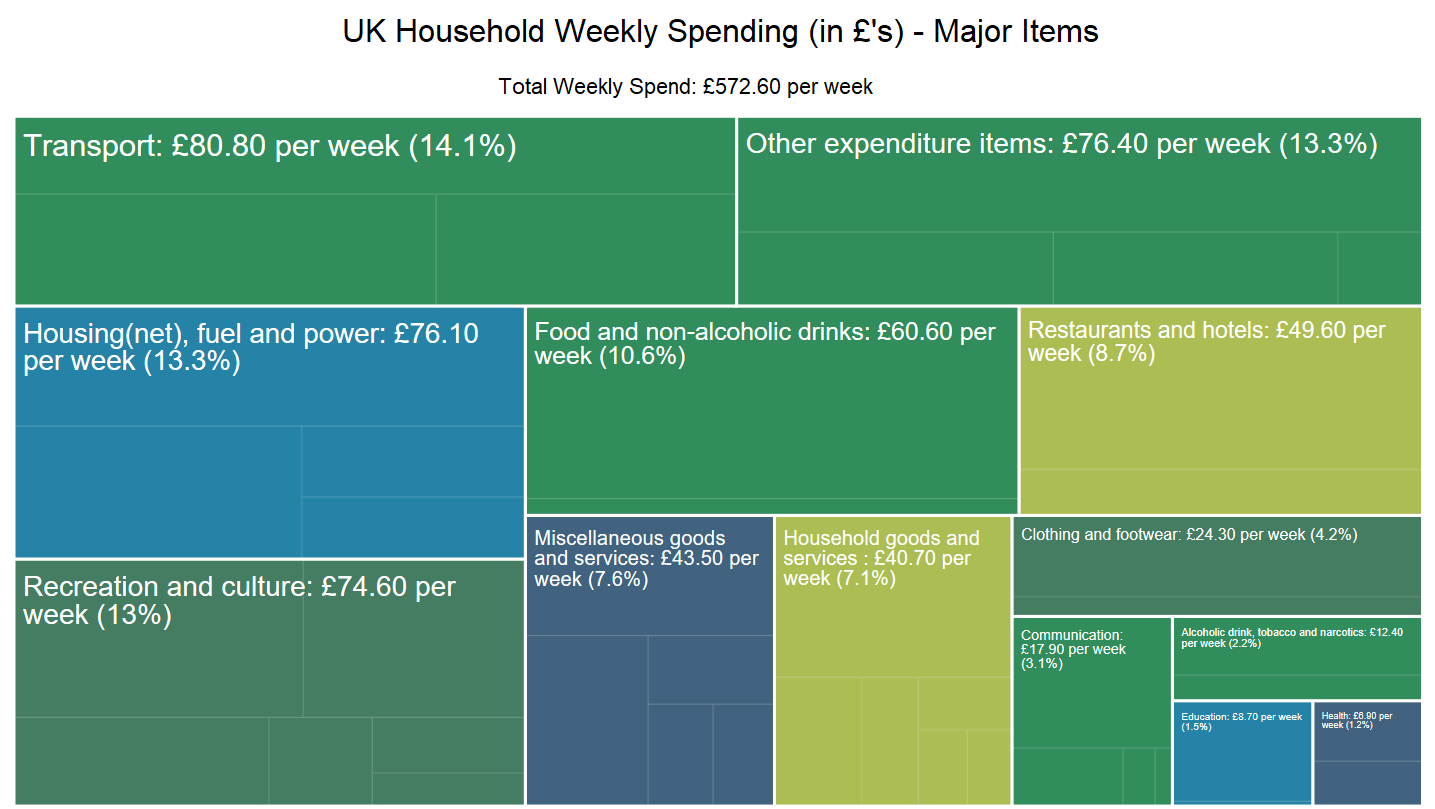 ·       Transport was the category with the highest average weekly spend of £80.80, equivalent to 14% of households’ average total weekly household expenditure.

·       Spending on housing, fuel and power showed a general rise to a high in 2013, since then it has been fairly stable.

·       Spending on recreation and culture has shown a general increase over time.