The UK’s higher education funding system is unique in many ways and a change today is quite significant in terms of fiscal accounting. Firstly, here’s a timeline of the student loan system in the UK.

The UK’s student loan system is based on the government giving loans to most students for their tuition fees and maintenance. Students then repay these loans from their pay packets once they have graduated.

This change has no impact on the overall level of government debt. This is because debt is a cash measure so is unaffected by whether the money being paid out is classified as a loan or spending. However, this change will increase the government’s budget deficit, to ensure it properly reflects the true picture of government spending because student loan debt write-offs that would have taken place.

The Office for Budget Responsibility (OBR) has published some initial estimates for the impact on government deficit. According to these estimates, the new approach will lead to the deficit being increased by approximately 0.6% of GDP a year, which equates to around £12 billion in the current year. 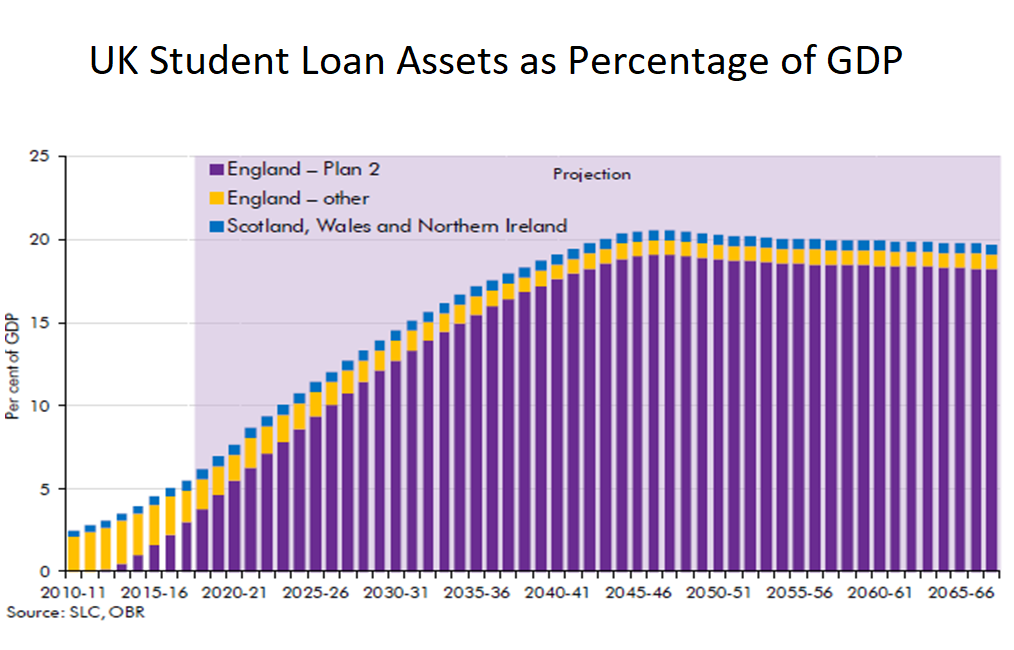 UK student loans outstanding currently stand at around £100 billion in 2017-18 (4.9% of GDP) but the total outstanding is expected to reach around 20% GDP from the 2040s onwards. At this pace the UK will not have a fiscal surplus until 2040 at the earliest. The last time the UK ran a budgetary surplus was 2001. 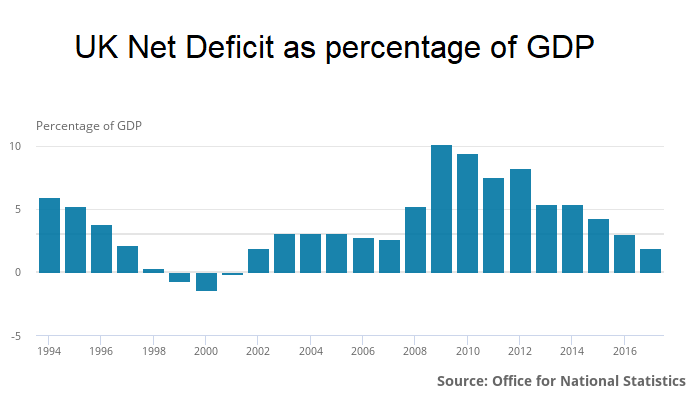 U.S. student debt outstanding now stands at $1.56 trillion but growth is slowest ever; Is university education value for money?