In comparison with the same quarter in the previous year, the UK economy has grown by 1.5%, continuing its relatively subdued performance over the last year. 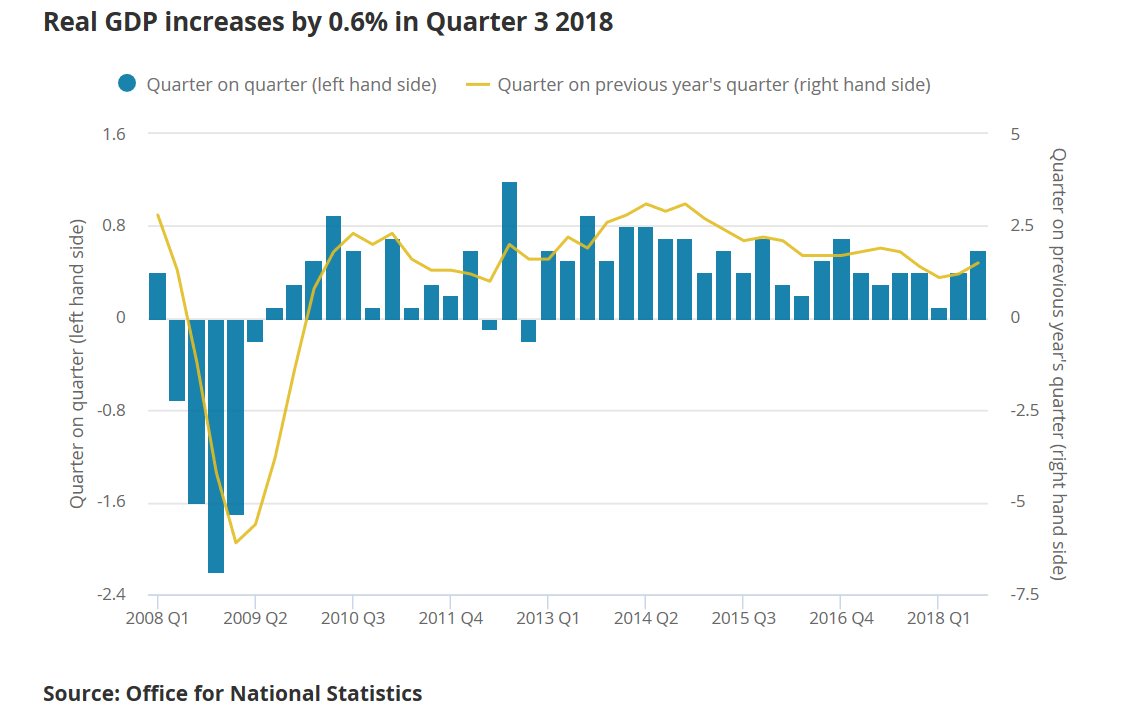 All four sectors of output contributed positively to growth in Quarter 3 2018, with the largest contribution from the services industries at 0.3 percentage points.

In the construction industry, output continued to recover following a weak start to 2018, which was in part impacted by the adverse weather. Output increased by 2.1% in Quarter 3 2018 – the fastest increase since Quarter 1 (Jan to Mar) 2017.

In the services industries, output growth eased to 0.4% in Quarter 3 2018, contributing 0.3 percentage points to growth in GDP. This is in line with average rates seen since the start of 2017, following the relatively strong growth of 0.6% in Quarter 2 2018.

Household spending grew by 0.5% while business investment fell by 1.2% between Quarter 2 and Quarter 3 2018. 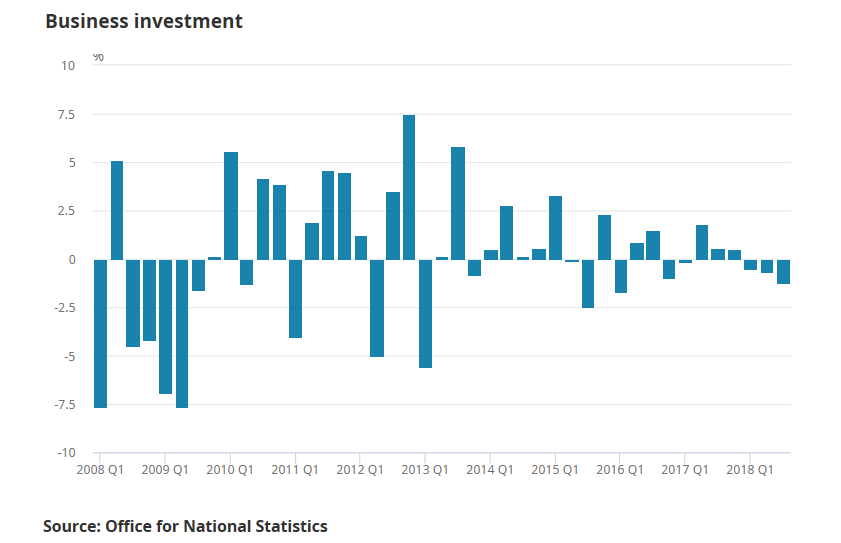 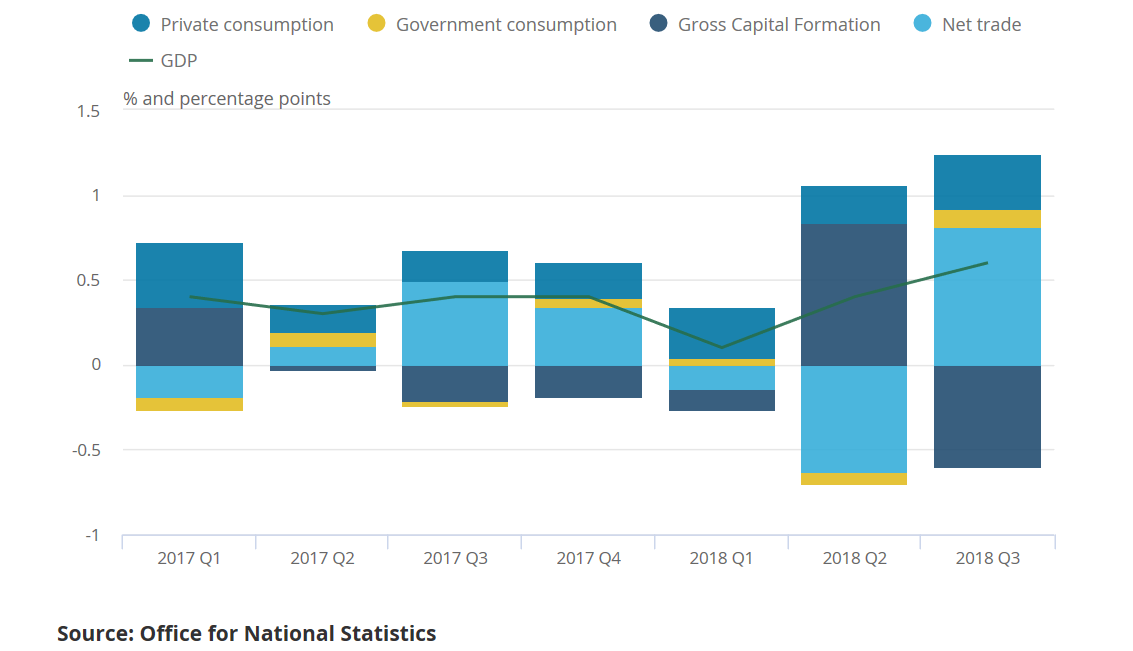 Net trade contributed 0.8 percentage points to GDP growth in Quarter 3 2018, with a 2.7% rise in exports and flat growth in imports.

UK Money Velocity has been trending downwards for years