The main story here was Energy. The EU28 is heavily reliant on Russia for energy imports. As Germany and other EU28 nations move from nuclear energy to gas powered energy, the reliance on Russia is only going to increase further. Energy imports were up 23.4% during 2018 and the EU28 had a €298.5 billion trade deficit for energy.

UK exports grew 5% overall in 2018 over 2017 with exports to the EU28 growing at 3% and exports with the rest of the world growing at 6%. Overall imports were flat. 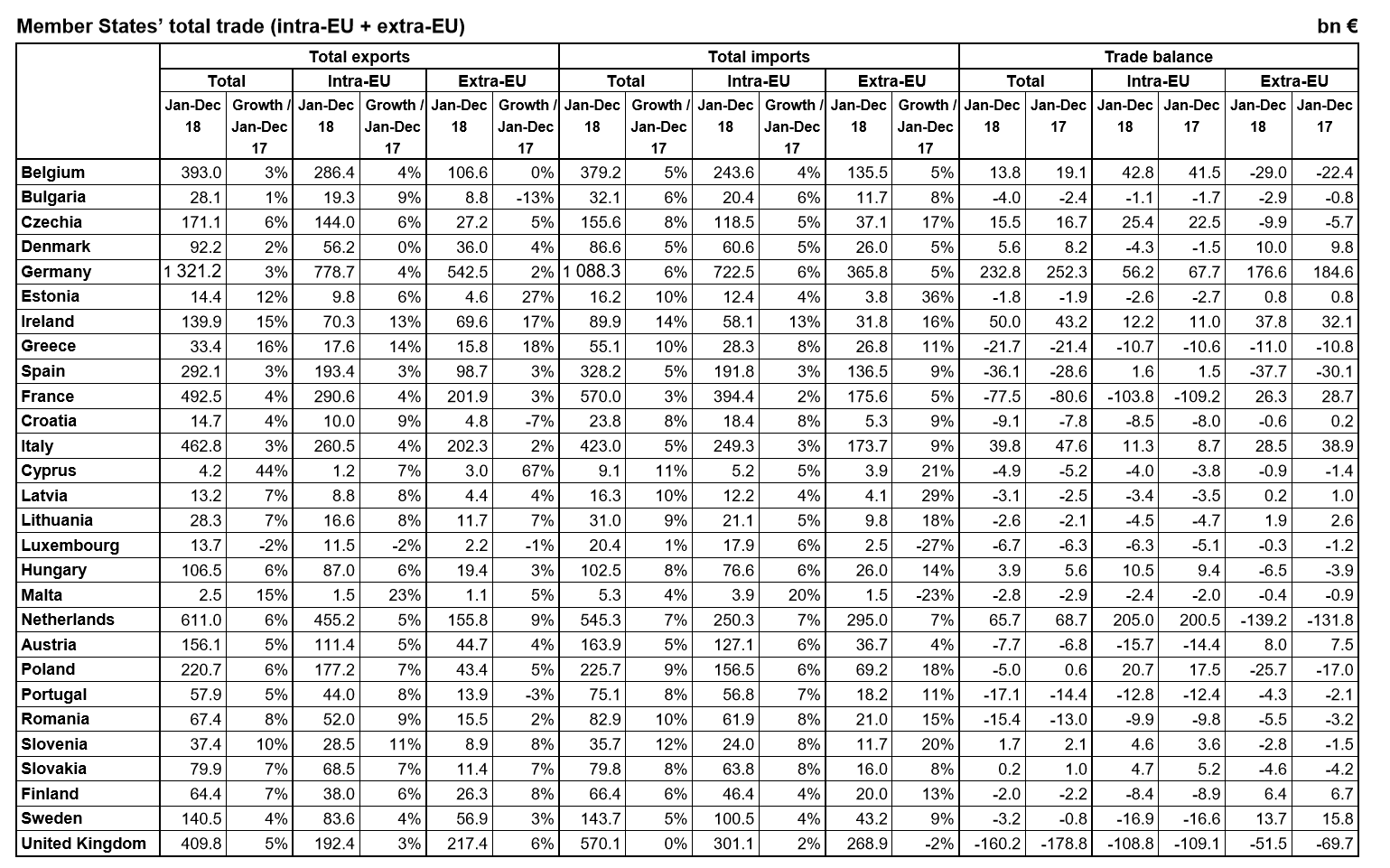 Do nations with balance of payments or trade surpluses really outperform those with deficits?

Intra European Union (EU) Trade Statistics for 2017 – Germany was the largest exporter and importer; the Netherlands had the largest surplus and the United Kingdom the largest deficit

Are major exporter countries to the United States really manipulating their currency to boost exports?