Amazon accounts for about 52% of all online retail sales in the U.S. and its performance acts as a barometer for total online sales growth for the United States.

Amazon Web Services (AWS), the cloud division is the bright spot with growth still in excess of 40%.

Core online sales grew just 12%. Core sales includes sales of goods sold by Amazon (not sold by others and simply fulfilled by Amazon).

Subscription services including Prime grew 42% (Q1 2019 vs Q1 2018) thanks mainly to a 20% increase in prices for the U.S. Prime Subscriptions. Without that price hike, growth would have probably been under 15%. 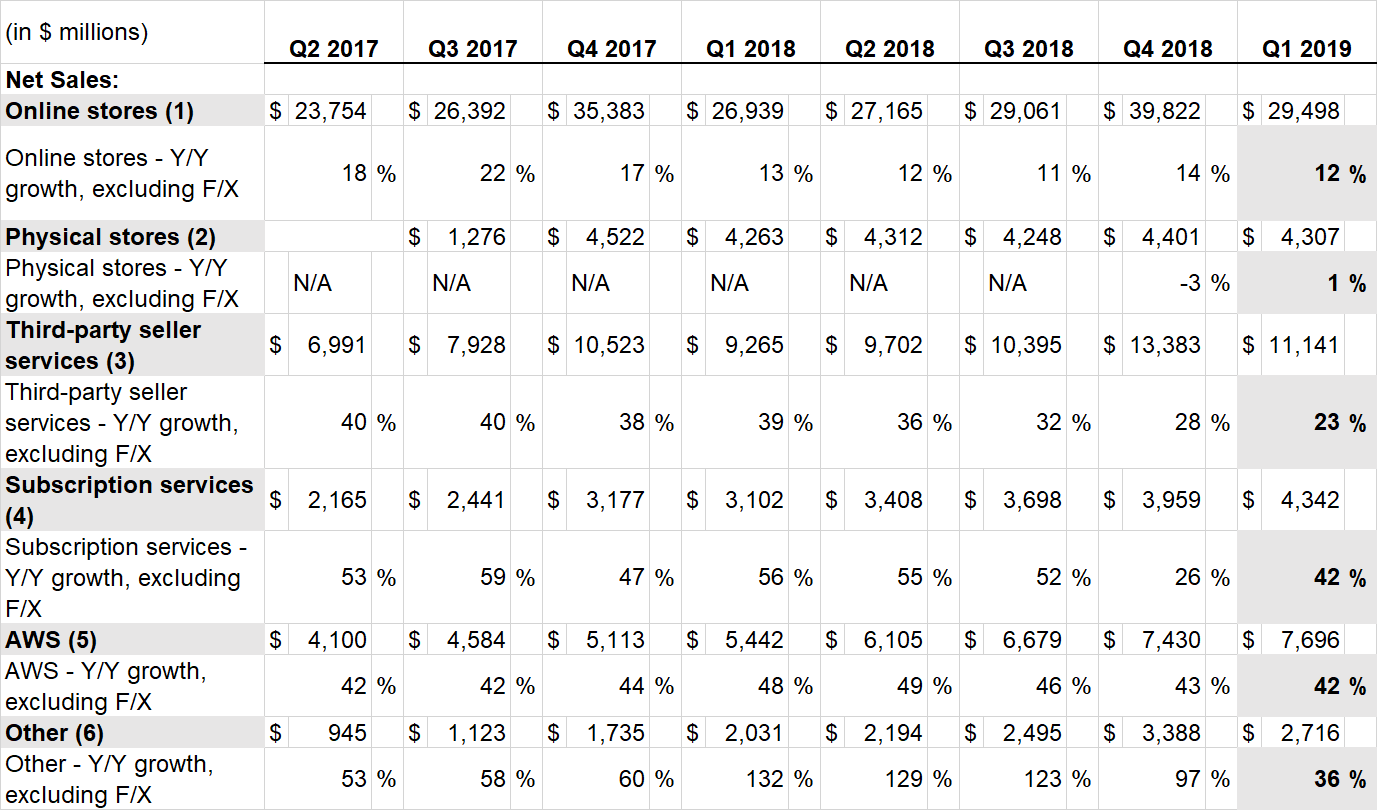 As Amazon sales slows, so does the growth of the total e-commerce growth rate of the United States,

Peak Amazon? Not yet, but the share price looks well valued.

Amazon’s profit margin was 7.4% during against 3.8% a year ago. Amazon used to chase revenue at the cost of profits, it is now chasing profits at the cost of revenue growth. Amazon’s profit could grow significantly if it stops investing in growth but there is where the problem is – Amazon would no longer be a growth story.

Amazon’s spending on lobbying increased 600% since 2009