What a difference a year makes. The Federal Reserve has hiked interest rates thrice (in December, March and June) with a target rate range of 1.75% to 2% now. The Eurozone meanwhile maintains its zero-interest rate policy. 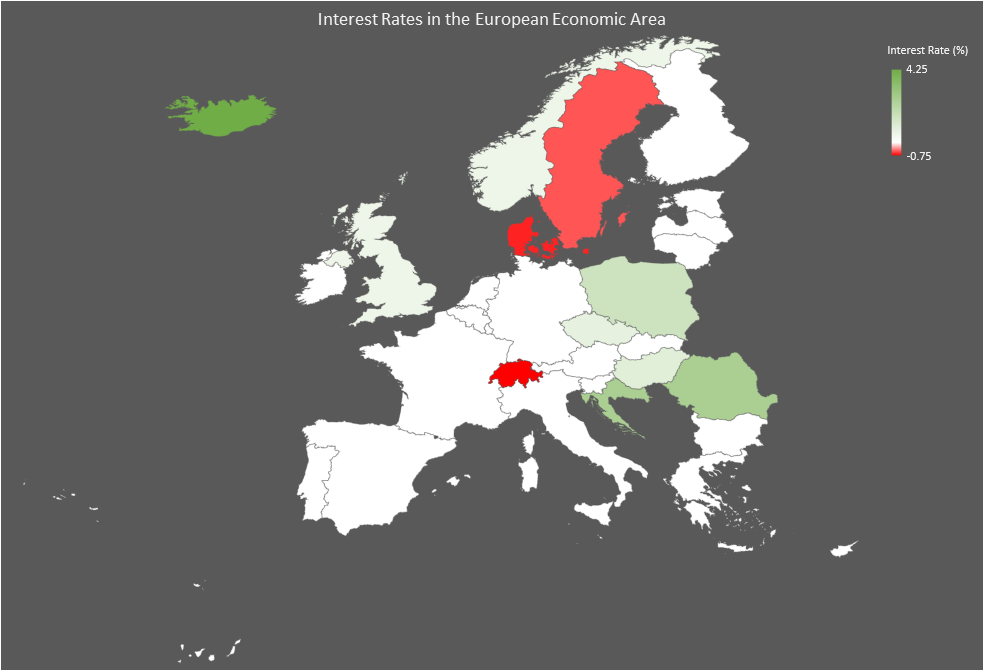 While U.S. Treasury bond yields are up mainly due to rising interest rates, European government bond yields have barely moved (other than Italy due to political uncertainty).

This is the most interesting aspect. The United States is expected to post a budgetary deficit of over $1 trillion this year. Europe is doing much better with Germany and the Netherlands posting a budgetary surplus while France, Italy and Spain have decreasing budgetary deficits.

The main thing to note is that the United States and main land Europe have never been so divergent on financial strategy.

Banks in the U.S. suffered huge losses in the aftermath of the financial crisis of 2008, and had major write offs and their share prices fell significantly. The U.S. economy took a major hit between 2008 to 2010. U.S. Banks are currently very healthy with delinquency rates close to record lows and share prices back up. The U.S. is back on its way to normalizing interest rates.

European banks didn’t really take as a major hit in the aftermath of the financial crisis of 2008. The European banking crisis is far from over and share prices of banks are on an average much lower than they were in 2008. The Eurozone (and Sweden, Denmark and the likes) are likely to continue with the zero or negative interest regime for some time.

Only time will tell whether the U.S. or mainland Europe do better financially go forward, this time it is very different for each of them.