Australia’s Central Bank, the Reserve Bank of Australia (RBA) cut its benchmark cash rate by 25 basis points to an all-time low of 1%. This following a cut of 25 basis points in June. This is the first time since 2012 that the RBA has delivered back-to-back interest rate cuts. 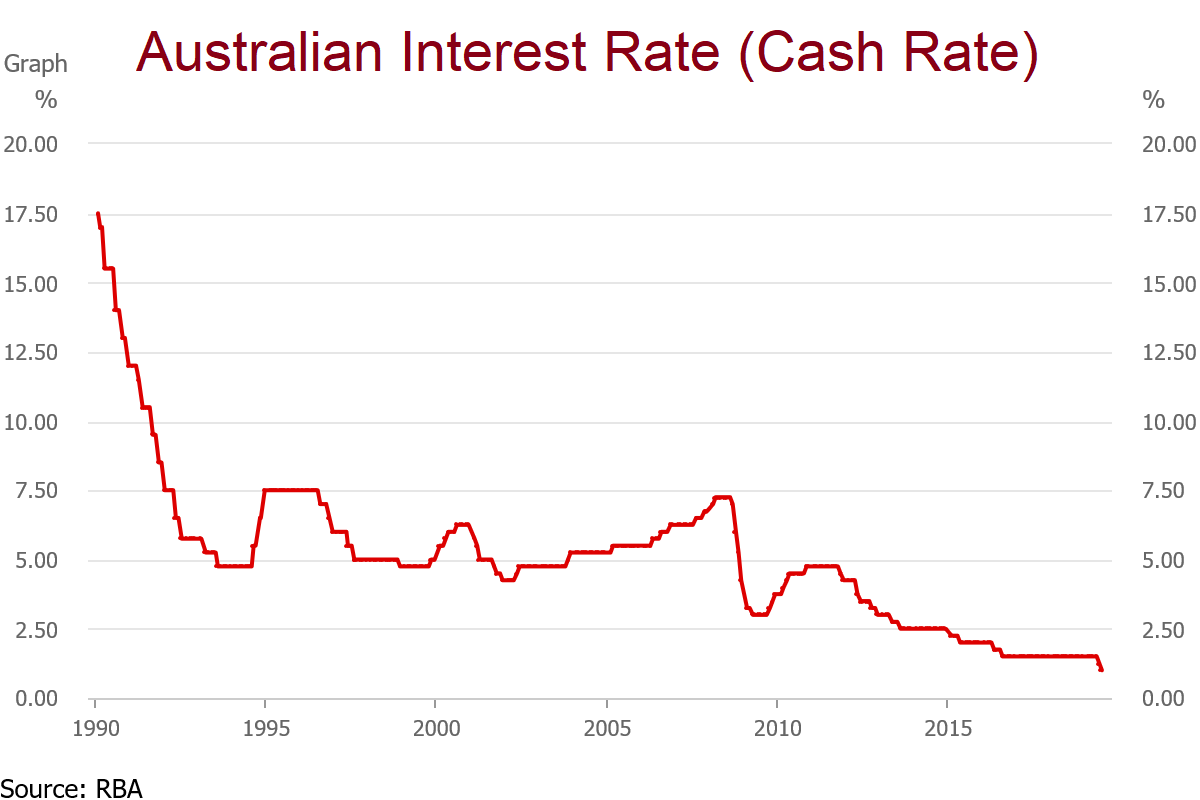 And it added that it could cut rates again if required. In a statement the governor of the RBA, indicated that rates might be pushed even lower if the jobless rate does not fall fast enough and if wages and inflation do not rise to within the target range.

The RBA has an unemployment target of 4.5%, the current rate of unemployment is 5.2%. Consumer spending and wage growth have stalled.

Australian 10-year government bonds are currently yielding 1.33% having halved over the past year. The markets are indicating further cuts. What’s next? Negative interest rates like Japan and Switzerland?

Here’s how much the total residential mortgage debt outstanding has grown since 2008 for Australia, Canada, the UK and the US

Here’s how Australian Money Velocity has changed over the years