Sweden’s Central Bank, the Riksbank raised interest rates for the first time in seven years on Thursday which might cause further European monetary tightening. Riksbank’s benchmark repo rate was raised 25 bps from -0.5% earlier to -0.25%. It still remains negative though. 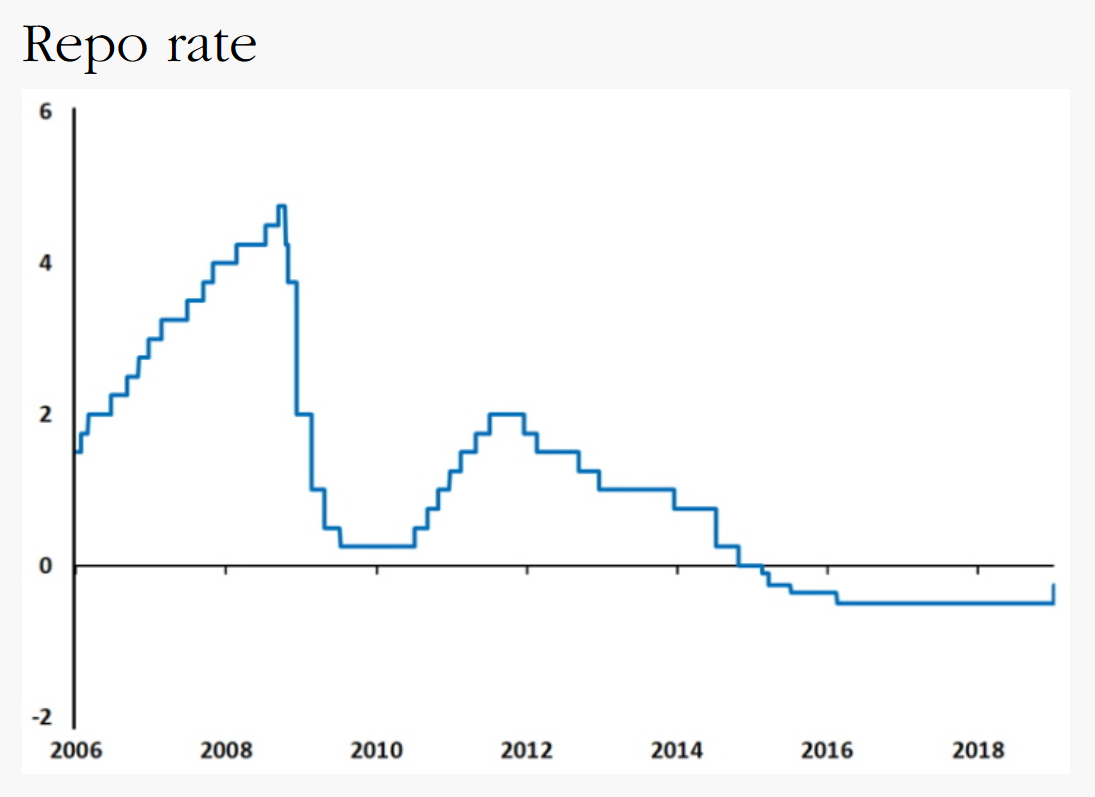 The Riksbank generally leads the European Central Bank (ECB) with rate changes. The ECB ended its quantitative-easing program earlier this month and it will be under pressure to increase interest rates. The Riksbank isn’t forecasting another increase until late 2019. European interest rates are still largely zero or negative.

Sweden has had negative interest rates since early 2015. When the ECB announced a €1.1 trillion quantitative easing programme in early 2015 to buoy the eurozone, the euro weakened against Sweden’s krona. The cost of importing goods into Sweden fell and brought down inflation. The Riksbank had to cut its own rates in response to avoid deep deflation.

The Central bank also cut its 2019 GDP forecast to 1.5%, its weakest rate since 2013. We wrote earlier that both the European Commission and the IMF were forecasting lower GDP growth in Europe. 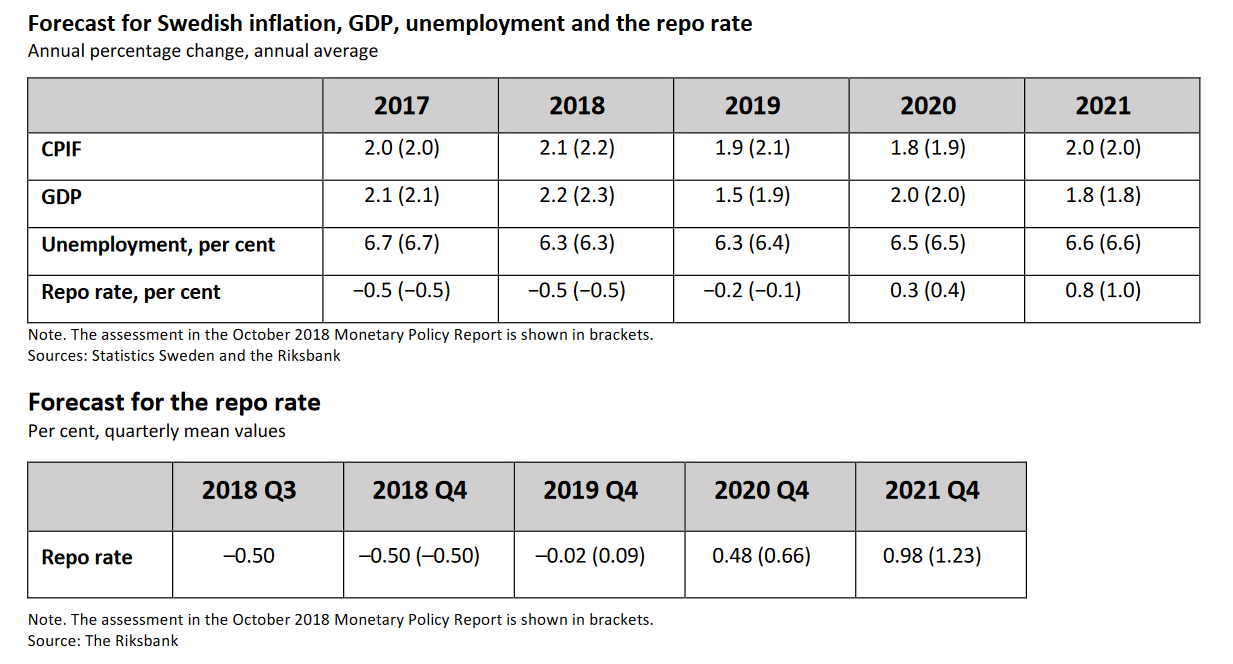 Both Sweden and neighbouring Denmark have negative interest rates, but another element is that both have banks with a loan to deposit ratio of over 2, which means banks rely on their respective Central Banks for funding.

What makes the Swedish economy unique and should the world follow its economic model?

Interest Rates in the European Union (as of June 2018)

Here’s how the European Central Bank or ECB could unwind or reduce its balance sheet plus what is the new normal for the ECB?