The Governing Council of the European Central Bank (ECB) expects the key ECB interest rates to remain at their present levels at least through the end of 2019.

The interest rate on the main refinancing operations and the interest rates on the marginal lending facility and the deposit facility are 0.00%, 0.25% and -0.40% respectively and these rates are expected to remain in place at least until the end of 2019.

The ECB also slashed its growth forecast for the Eurozone for 2019 to 1.1% from an earlier forecast of 1.7% made in December.

Slowing economy but will the new stimulus help?

The ECB announced a new series of quarterly targeted longer-term refinancing operations (TLTRO-III) will be launched, starting in September 2019 and ending in March 2021, each with a maturity of two years. These new operations will help to preserve favourable bank lending conditions and the smooth transmission of monetary policy. Under TLTRO-III, counterparties will be entitled to borrow up to 30% of the stock of eligible loans as at 28 February 2019 at a rate indexed to the interest rate on the main refinancing operations over the life of each operation.

Rates at historic lows and new stimulus might help the Eurozone internally but external risks such as protectionism and geopolitics are outside their control. 11 years on from the global economic crisis – has much really changed for the Eurozone? Is Eurozone the next Japan? We will be writing soon about how the Eurozone is the next Japan economically with extended low interest rates, constant economic stimulus and an aging demographic.

One thing on TLTRO-III – the loan to deposit ratio of Eurozone banks is already over 100%, essentially banks in the Eurozone are already borrowing significant amount of money from the ECB (close to 25% of their outstanding loan book). Weaker Eurozone banks would have been in significant trouble without this measure and lending rates would have increased significantly. Several people seem surprised with this measure, but we aren’t. 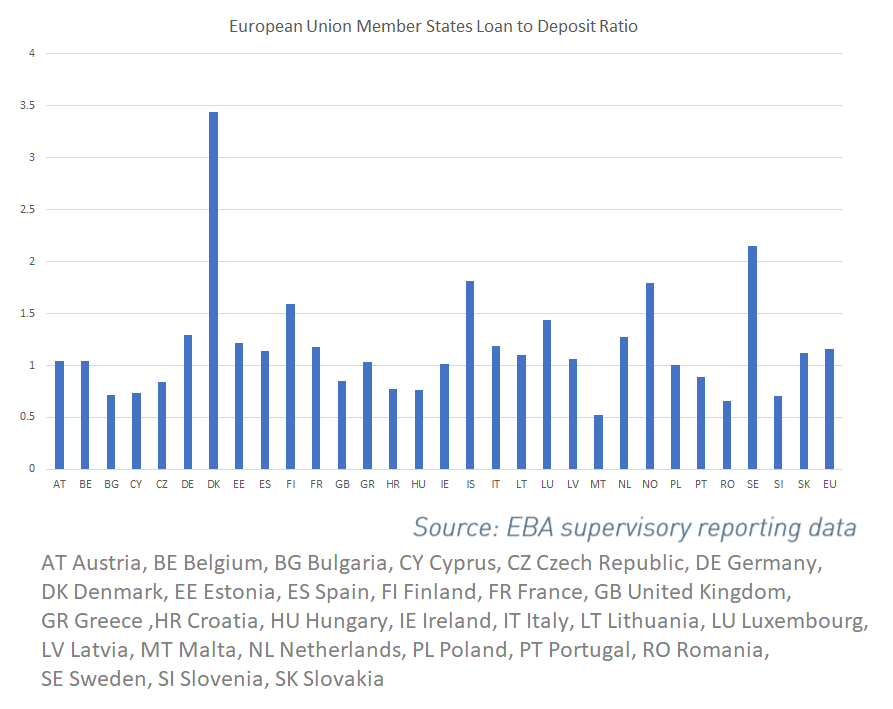 Here’s how the European Central Bank or ECB could unwind or reduce its balance sheet plus what is the new normal for the ECB?

Here’s how much the balance sheets of the Bank of Japan, the Swiss National Bank, the Federal Reserve and the European Central Bank have grown this century