So which countries have interest rates at an all-time low? 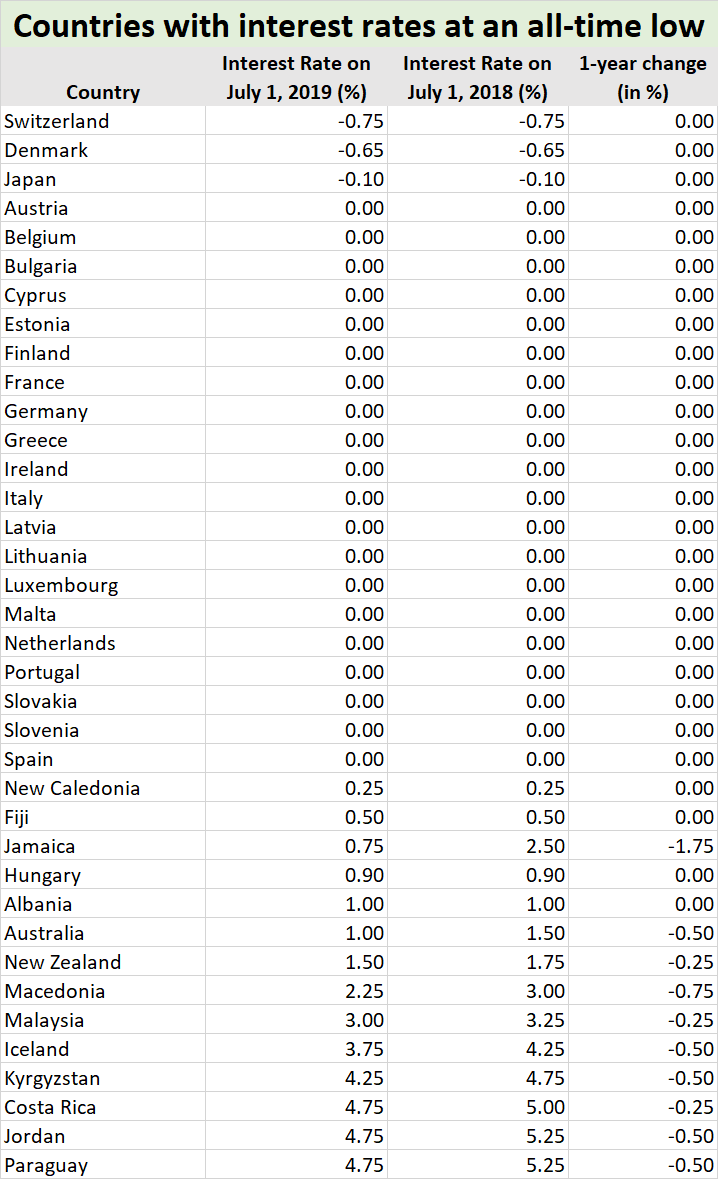 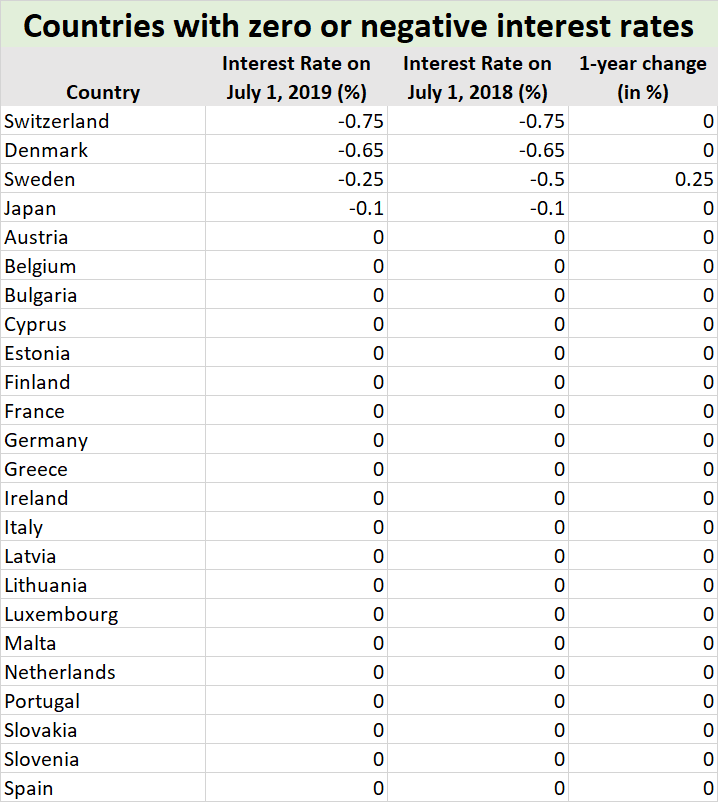