At the outset, we wish you a Happy New Year!

Today, the 3rd of January has been a record day every year (for at least the last 15 years) for several things. For starters you have online returns (in the U.S. and the U.K.), gym memberships and dating website(s) signups peaking on the day. But this year is different so expect the unexpected. We can’t write about everything today but cover four topics (Retail, Technology, Interest Rates and Debt). 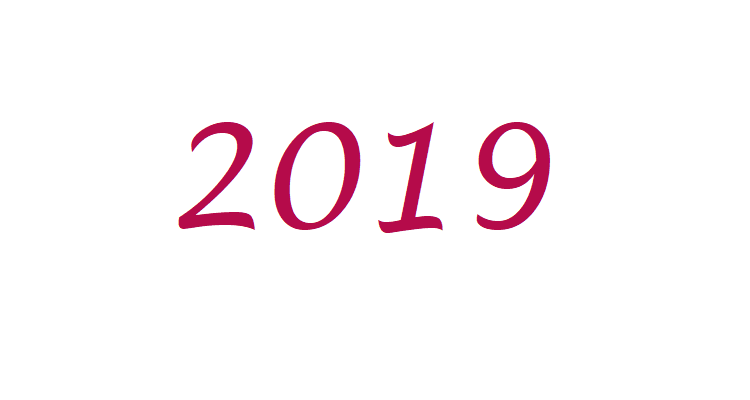 Online sales are now 6% of all U.S. retail sales. The number for the U.K. is now a record 20%. As online sales grow, the U.K. has seen 93,000 fewer jobs in retail compared with the same period the previous year, according to the Office for National Statistics. The retail sector is the biggest employer in the private sector.

The loss of retail store sales doesn’t necessarily mean online sales are doing that great in the U.K., Asos, the online only retailer and star of online sales performance for years issued a severe profit warning in December citing unprecedented levels of discounting.

At the other end, Next, one of the biggest fashion retailers in the U.K. today reported that online sales rose 15.2% between 28 October and 29 December from a year earlier, while store sales fell 9.2%. Total sales were up 1.5% over the period.

2019 is expected to see the largest number of vacant stores in the U.K., and might see massive losses for landlords, particularly mall operators. The main issues with retail we are seeing are highly indebted companies, vacant stores and massive job losses. Online profit margins are shrinking as percentage of returned items remain high. And even the biggest online retailer in the world – Amazon is seeing an unprecedented fall in core first party sale growth.

The economies of the West are dependent on consumer spending and retail is having its own transformation. Will growing online sales mean fewer impulse purchases? Or perhaps more returns? Does shopping online make people happy enough like experiences in store and make them shop more?

Is planned obsolescence in the electronics industry a thing of the past? They design a product with an artificially limited useful life, so it will become obsolete or unfashionable or no longer functional after a certain period of time so that sales keep growing. But has the pace of innovation and consumers buying the latest gadget peaked? Apple today suffered its biggest single-day loss in 6 years after cutting revenue guidance yesterday. Are customers tired of having the latest shiny new phone?

Apple has lost almost 40% (or some $453 billion in market capitalization) since it hit its 52-week high in October. Facebook, Alphabet, Amazon, Netflix and Microsoft are all facing headwinds. Microsoft is now the world’s most valuable company (again) as we expected in November.

Since the crisis of 2008, technology has lead wealth creation (in the form of equity returns), are things finally turning?

Interest rates changed (both upwards and downwards) globally in 2018 but something is happening that indicates that interest rate hikes are likely to slow down or reverse. 10-year government bond yields are down over the past year for 16 of the 20 G-20 nations. The only exceptions are the U.S. (+12 bps), India (+10 bps), Italy (+86 bps) and Mexico (+110 bps).

Interest rates are still historically very low and central banks no longer have their biggest tool to fight recessions – which is cutting interest rates.

Total nonﬁnancial sector debt has continued to swell since the global ﬁnancial crisis and is now over 250% of global GDP. We reckon debt is going to be the most talked about thing in 2019. We can’t see how debt can indefinitely grow. Something must give, and hyperinflation is a real possibility.