Amazon’s share price has soared 500% in the past four years despite the recent 20% fall in the share price.

Everything looks good but there are two issues, firstly international sales are barely growing despite Amazon expanding to new markets like Australia and Turkey and rapidly expanding operations in India. International sales have grown just 13% year on year.

Secondly, core first party sales are growing at just 10% year on year. Core sales includes sales of goods sold by Amazon (not sold by others and simply fulfilled by Amazon). Third party sales (Marketplace, similar to eBay) grew 31% year on year and were over $10 billion during Q3. eBay recently sued Amazon alleging it was illegally poaching sellers from its platform. 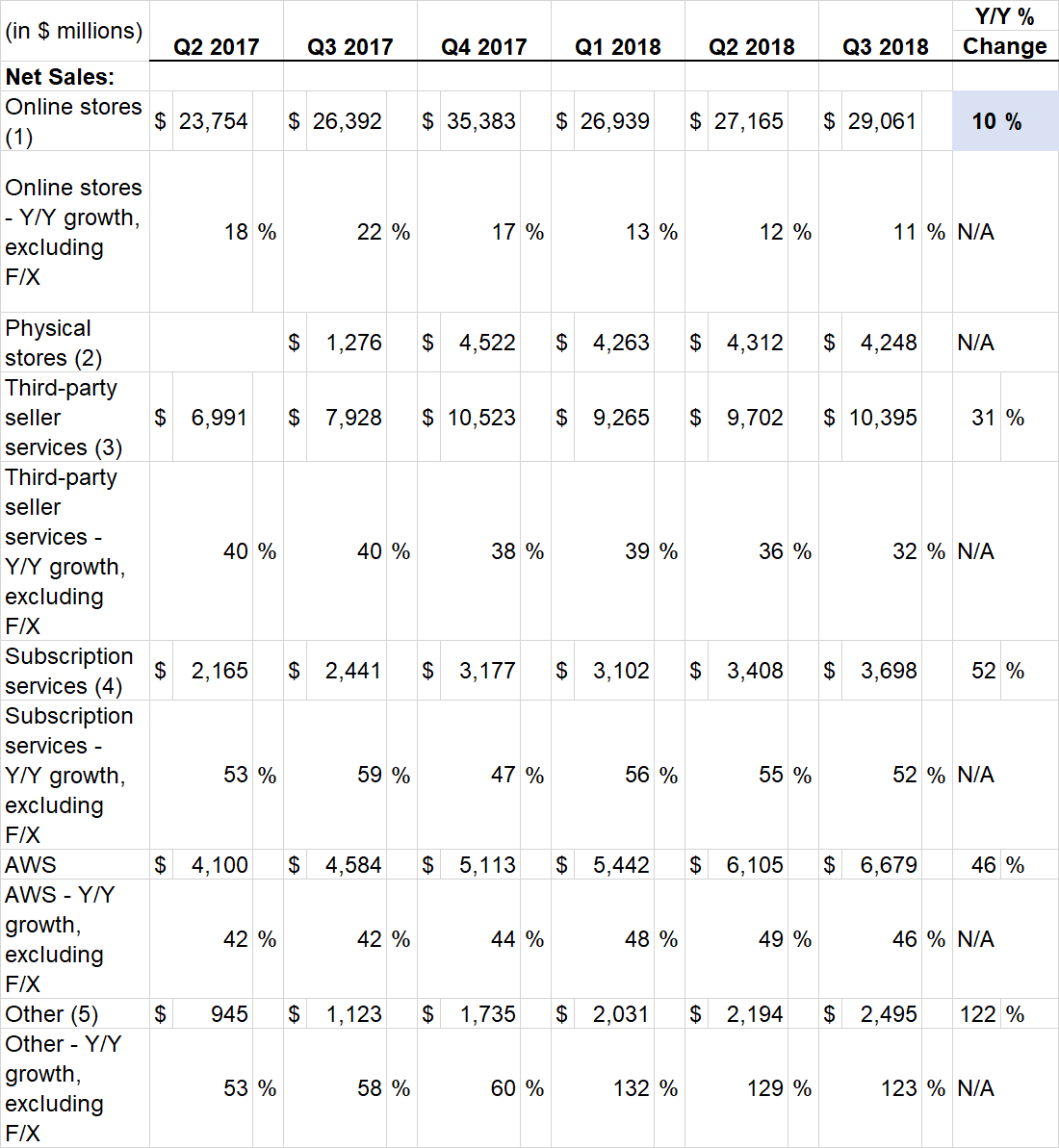 Headcount growth has slowed to just 13% year on year compared to an average of 50% over the past eight quarters.

Amazon’s spending on lobbying increased 600% since 2009