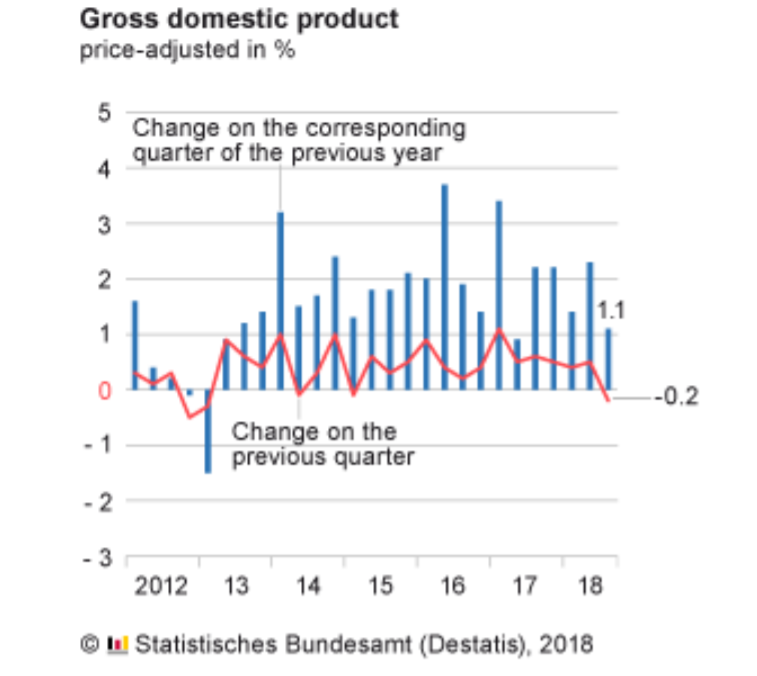 The slight quarter-on-quarter decline in the gross domestic product was mainly due to the development of foreign trade. According to provisional calculations, exports were down while imports were up in the third quarter of 2018 compared with the second quarter of the year. As regards domestic demand, there were mixed signals. While gross fixed capital formation both in machinery and equipment and in construction was higher than in the previous quarter, final consumption expenditure of households declined. Government final consumption expenditure was slightly higher than in the previous quarter.

We reported earlier that Eurozone Q3 2018 growth is estimated at 0.2% but with Italy having grown 0%, German GDP falling 0.2% and France growing at just 0.4% will the growth number for Eurozone be revised downwards? Possibly

UK Q3 2018 GDP increased by 0.6% (growing 3 times quicker than the Eurozone and at the fastest pace since 2016) but business investment fell