The Bank of Japan has set out a guidance (or target) to buy 6 trillion Yen ($56 billion) worth of exchange traded funds (ETFs) a year, a measure designed to funnel money into the economy. It also has a policy to increase its ETF purchases if market volatility begins to hurt business confidence (as COVID-19 has)

The Bank of Japan now holds almost 32.25 trillion Yen ($302 billion) or 85% of all Japanese Index-Linked Exchange-Traded Funds and is indirectly the largest shareholder in many large Japanese companies. 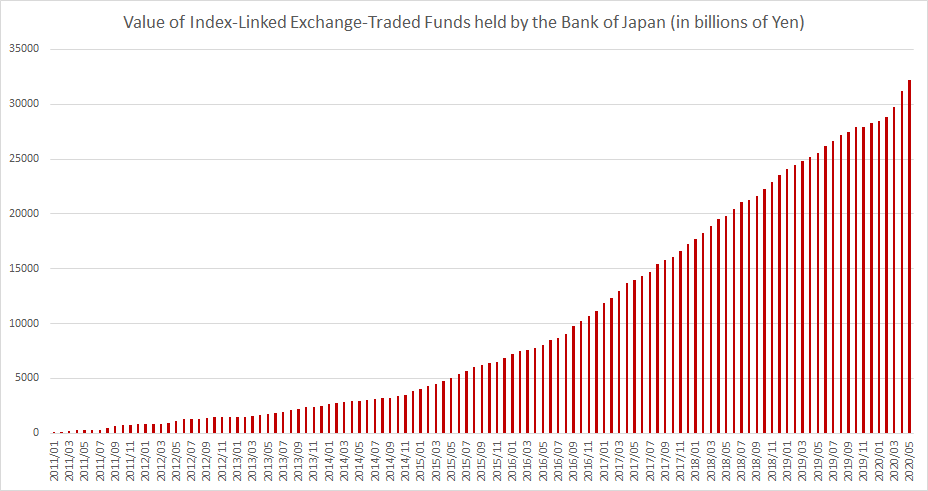 The Bank of Japan is to begin lending shares in exchange-traded funds to restore some of the liquidity it has drained from the market given its ETFs buying spree policy. When you hold 85% of the market, you make the rules …

As part of policy, the current benchmark interest rate is -0.1% and 10-year government bond yield target is around 0%.

How big is the Bank of Japan balance sheet?

Related: Japan has both the highest gross and net debt as percentage of GDP