We recently posted about population percentage for each country by age. The data was for 2016 from the World Bank and is the latest set of available data. We also wrote about the business of aging – how changing demographics are shaping the economic future in more ways than one. Here we explore if the youth economic dividend that many economists point to exists in the current world order.

Here is a map of population percentage for age below 15: 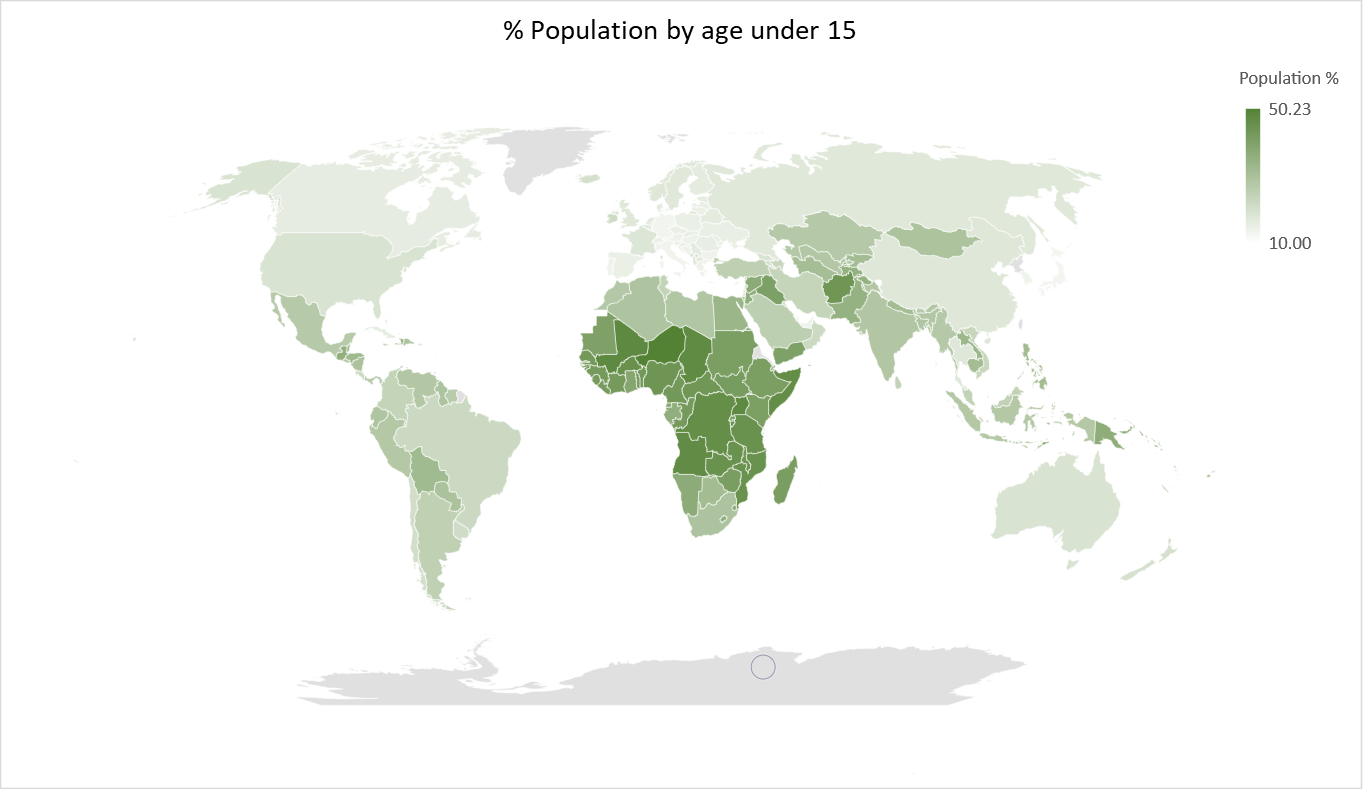 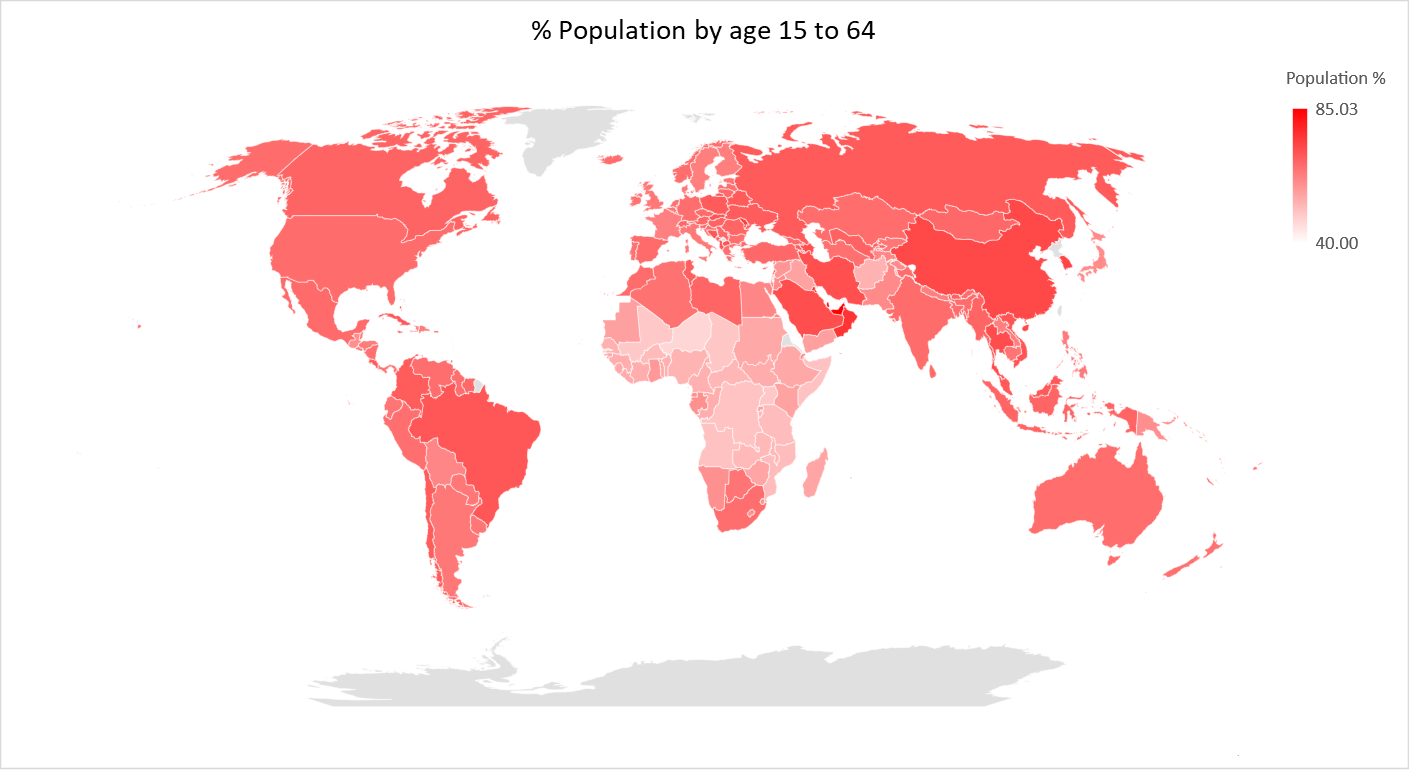 The largest proportion of “young” people are in North and sub Saharan African. In fact, 54 of the 60 countries with the youngest populations are in Africa. Will that region (Africa) or the Middle East experience the youth economic dividend that Western economies experienced at one time or the one that countries in East Asia experienced more recently?

We should first look at the main reasons why population is growing in Africa at such a rapid pace. Several people might not agree with this but as per social research (not our research) the reason is that children are viewed as an insurance for old age in Africa in the absence of means/incentive to save, polygyny and distribution of land according to family size.

Will the youth economic dividend that East Asia experienced repeat for Africa and the Middle East?

It is very unlikely for several reasons. When East Asia experienced a population boom it was accompanied with a growing need of labour in that region during the phase of 25 years after the population boom, this is unlikely to be experienced again due to increased automation.

Population increases in East Asia were accompanied with massive increases in spending on healthcare and education, that isn’t repeating in Africa either. Africa continues to have the lowest life expectancy even today. And while educational levels are rising in Africa they still remain very low. With poverty levels still very high in Africa, children often skip education to help support their family economically.

East Asian economies opened significantly to foreign investment during the phase of rapidly growing population, Africa is far from opening its economy. Infrastructure spending in Africa is less than a fourth inflation adjusted to what it was when the population boomed in East Asia.

Climate conditions and natural resources play a role too. Climate change is having a disastrous impact on Africa – far more than any other part of the world. Water resources are likely to be significantly depleted. And while Africa is rich in mineral deposits the populations of those countries aren’t seeing the economic dividend of those resources due to political unrest and corruption.

To conclude, the youth economic dividend might not exist in the current world.