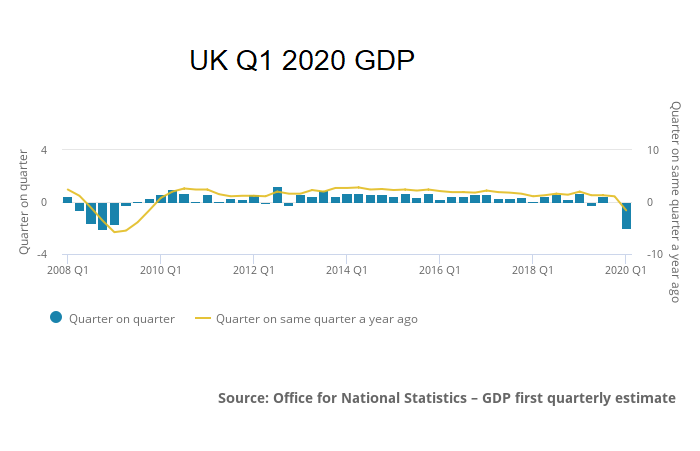 The quarter was impacted by widespread disruption to economic activity due to Coronavirus (COVID-19). The economic contraction during the quarter was the most since the 2008 global financial crisis. The decline in Q1 2020 was largely due to the 5.8% fall in economic output in March 2020, with record monthly declines in output across the services, production, and construction industries.

Services output decreased by 1.9% in Q1 2020, the largest quarterly fall since records began.

Production output fell by 2.1% in Q1 2020, driven by declines in manufacturing. 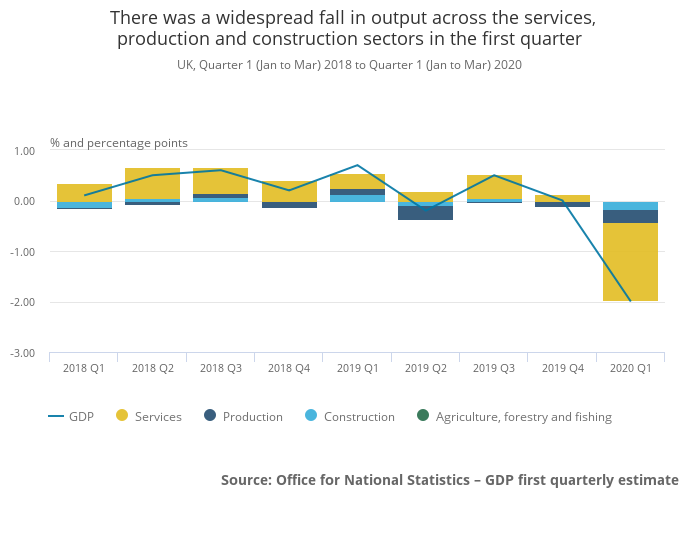 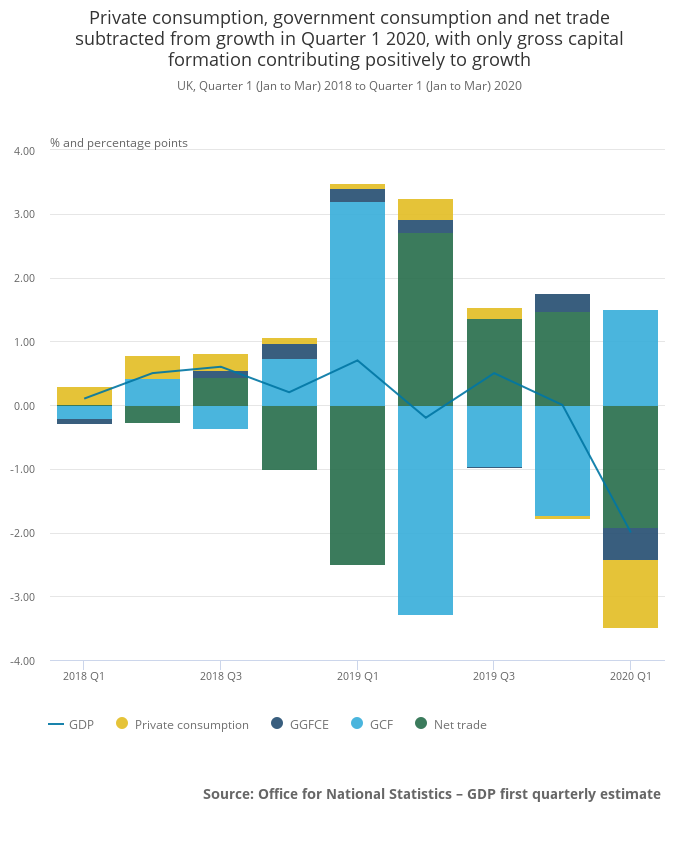 Household consumption falls most since the financial crisis

Household consumption fell by 1.7% in Q1 2020, the largest contraction since Q4 2008. The decline in household consumption in the first quarter of the year was driven by falls in spending on transport, restaurants and hotels, and clothing and footwear, in line with expectations of the effects of social distancing that was put in place in March.