And that of Lehman Brothers until 2008, it entered Chapter 11 administration in September 2008, 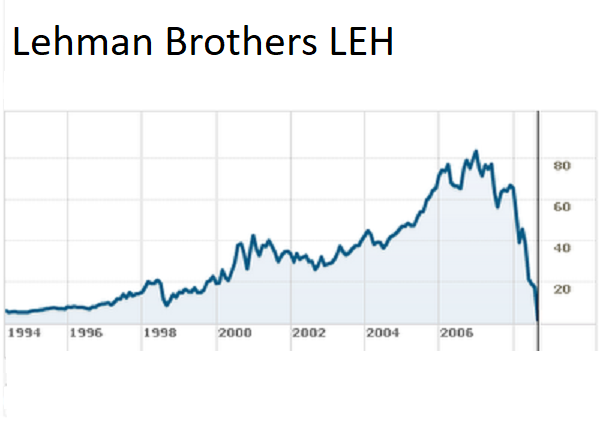 Is Deutsche Bank really the next Lehman?

No, for a couple of reasons.

Lehman Brothers wanted the government to allow it to convert to a bank holding company before it went into Chapter 11 administration (i.e. bankruptcy in simple words), which would have meant it could have taken retail deposits. Rules were subsequently changed (after Lehman) to save investment banks. Deutsche Bank has no such problem with around 2,300 retail branches and a staff count of 95,000 employees and a relatively solid retail deposit base (at least in Germany).

It does have a problem of profitability, but it is far too big to fail for Europe. Deutsche Bank is no Lehman Brothers except in terms of derivatives.

In Warren Buffett’s words “derivatives are weapons of mass destruction that morph, mutate, and multiply until some event makes their toxicity clear”. Well, that is the biggest problem. To be fair, Deutsche Bank is working to reduce its derivative exposure and unless some major event strikes it should be fine.

One Reply to “Is Deutsche Bank really the next Lehman Brothers?”