Several people in the UK didn’t experience the great (property price) crash of 2008. But several other people did. A decade on – do people remember? Here is a sample of prices from London’s financial district – Canary Wharf. And no, we haven’t taken the worst-case example, this is truly representative, 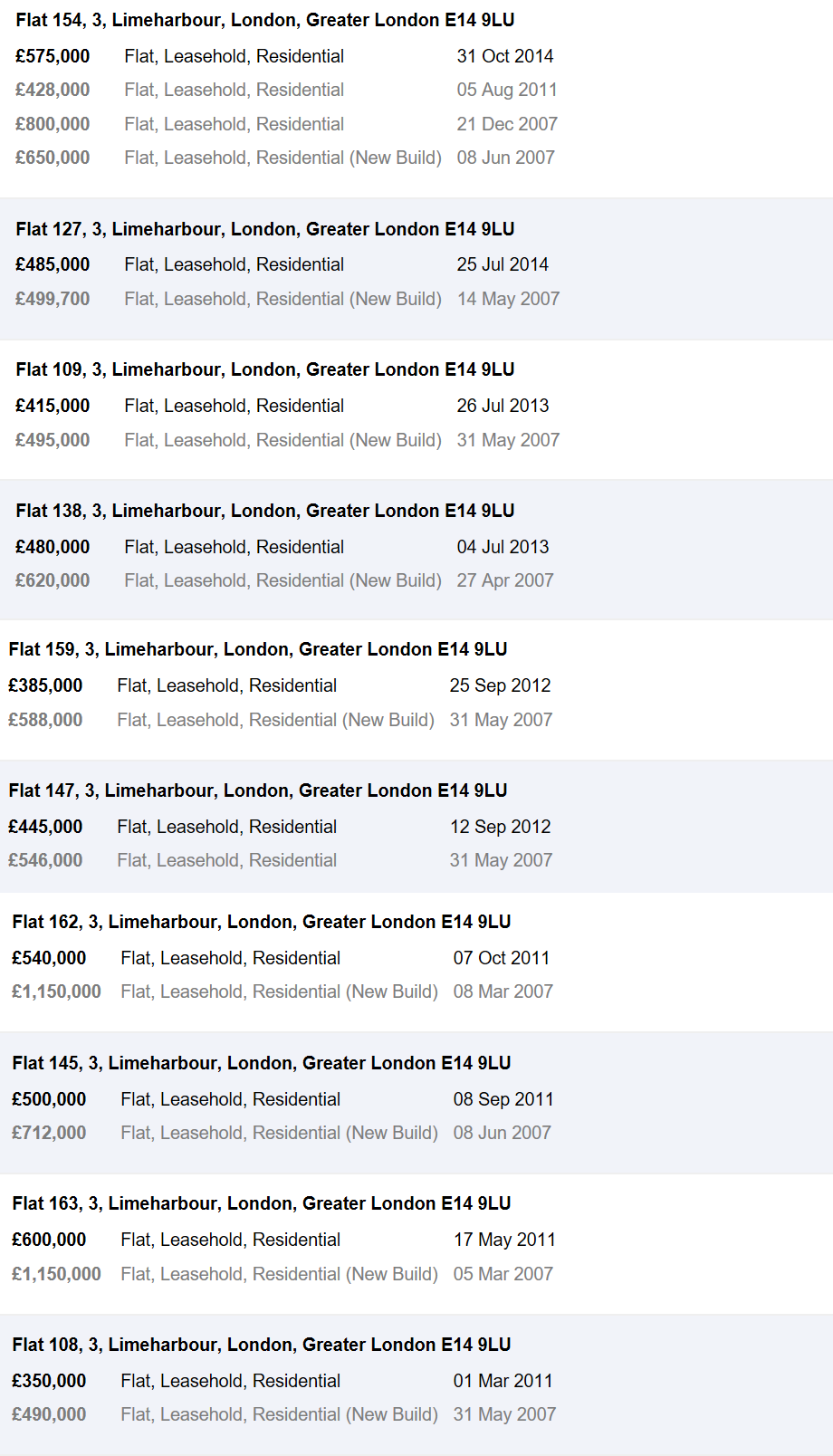 And here are prices for the four countries (England, Scotland, Wales and Northern Ireland) that form the United Kingdom, 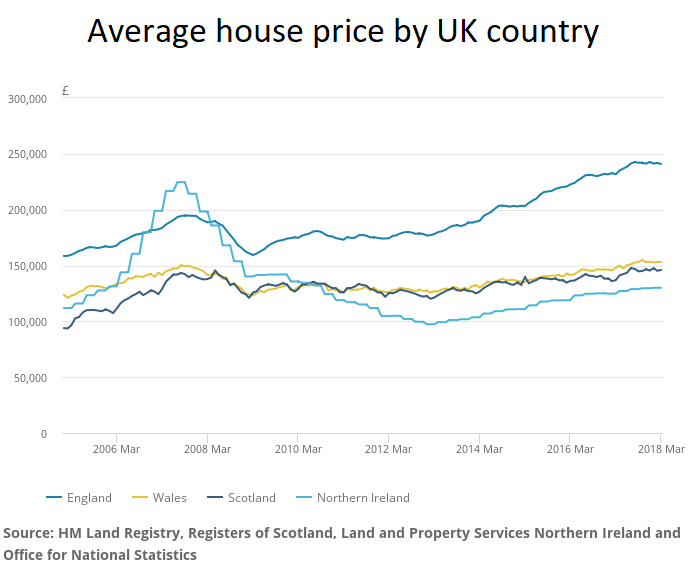 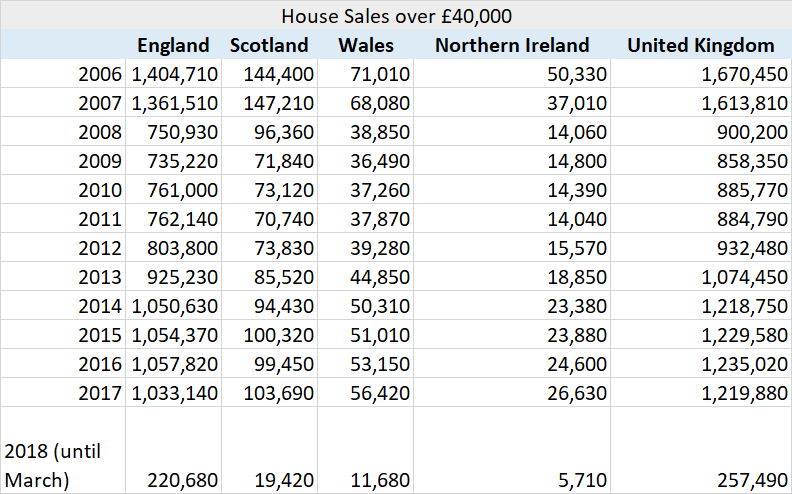 … and people say property is the best long-term investment. It is great until it isn’t.

Property prices just about recovered by 2016, 8 years after the crash. Not in Northern Ireland though where prices have almost halved as have sale volumes since 2008.

We compared different house price indices in the UK a few days ago. All of them are currently reporting a slowdown. What is really happening on the ground though? We spoke a few sellers and some estate agents. Here is what we were told, 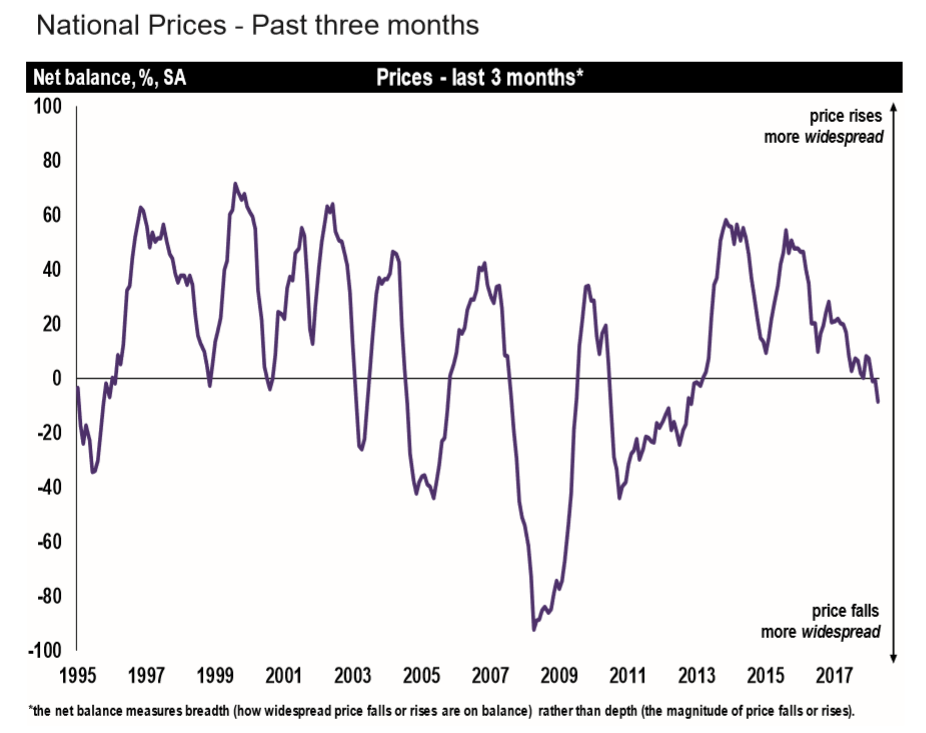 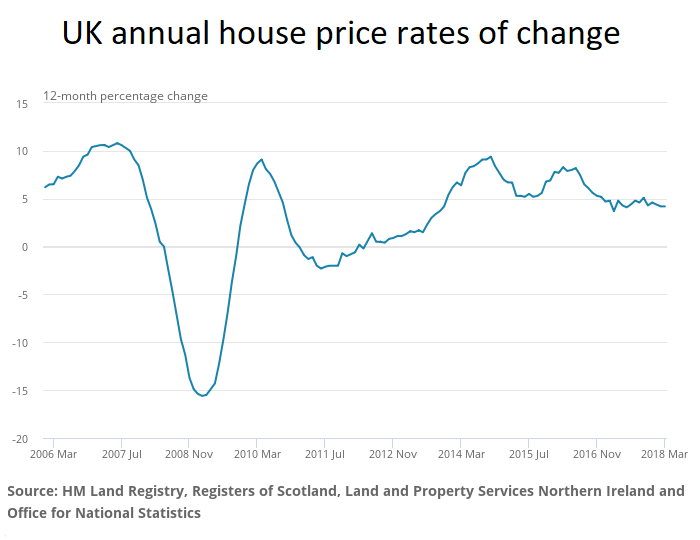 What is causing this slowdown

The government is still trying to support the market with schemes such as the Help to Buy. With a Help to Buy – Equity Loan the Government lends you up to 20% of the cost of your newly built home, so you’ll only need a 5% cash deposit and a 75% mortgage to make up the rest. You won’t be charged loan fees on the 20% loan for the first five years of owning your home. To reflect the current property prices in London, from February 2016 the Government increased the upper limit for the equity loan it gives new home-buyers within Greater London from 20% to 40%.

Even banks are offering up to 100% mortgages even as mortgage debt is soaring,

And property remains the largest investment of UK households outside of pensions,